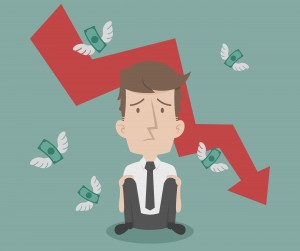 "Avoid the exotic stuff" and other sound advice from Professor Baron on avoiding investing pitfalls.

This article by Professor Baron is generally good advice. If I was going to sum it, I might say: avoid the exotic stuff you don’t understand and/or have a clear plan for. Your first clue to avoid something is generally how hard it is to get financing for whatever you are seeking to buy. The tougher to find financing, the more those who have gone before you are telling you “hey, there is risk that likely outweighs the normal reward here, so watch yourself.” But I would not take his list as gospel. Let me provide you with a few examples counter to Professor Baron. How about the hard to disagree with advice to avoid “anything with negative cash flow”? He says: [pullquote align="normal"]"...buy properties that pay cash flow from day one — the moderately priced properties in non-prize areas." [/pullquote] Now if your plan is to just buy the property and do the same thing that has been done by the previous owner, then this is sound advice. On the other hand, LOADS of money has been made by savvy investors who buy an under-performing asset that ‘has the right things wrong with it’ and turn it around. Negative cash flow would be a normal attribute of a ‘don’t wanter’ property. However what if, as is typically the case, the property has been mismanaged? What if you know how to turn that mismanagement around? I know investors who make a living at doing nothing but this type of thing: identifying properties with fixable cash flow issues, buy the property, fix the cash flow by upgrading the property, increasing rents, etc, Same thing for land investments. For the average person who repeats to themselves before bed “land, they ain’t making any more of it” as their road to riches but has no clue about development, they should run from land. They will grow old while they wait for appreciation to bail them out as they are bled of their money month by month. But again, lots of money has been made by investors who know a thing or two about developing land. Bought it, developed it, sold it for a handsome profit. The 6 Worst Types of Real Estate Investments | Zillow